A publisher's ad inventory in the Marfeel solution is distributed and configured based on its navigation level, which means that the position, type, and behavior of ads can be independently set up for each level.

An example of an ad configuration in the article mosaic would be configuring a 300x250 inline ad as the first impression for smartphones.

The type and position of the ads for smartphones and tablets in this navigation level are defined by the layout and order specified in the ThemeDescriptor.json.

An example of an ad configuration in the article details would be configuring a 300x600 wide skyscraper as the third impression for smartphones.

For both smartphones and tablets, the type and position of the advertisement in the article details are defined by the AdDealer.

Examples of ad types for smartphones in image galleries include:

Examples of ad types for tablets in image galleries are: 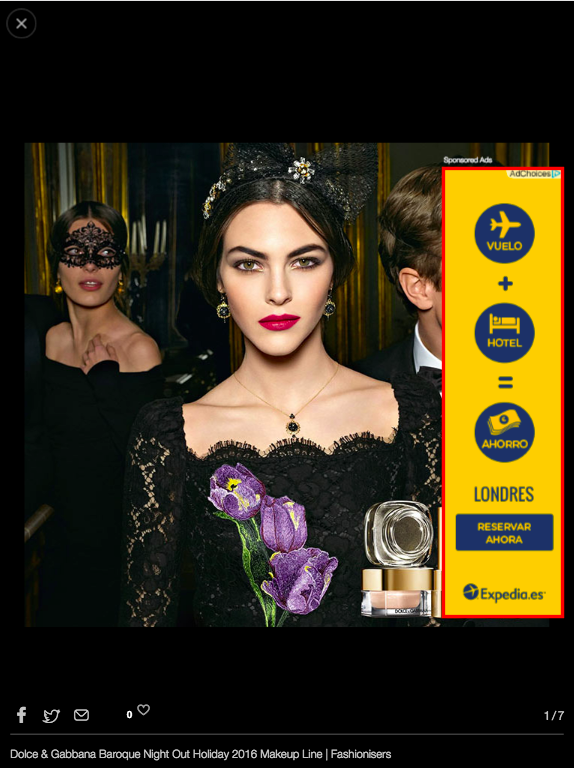